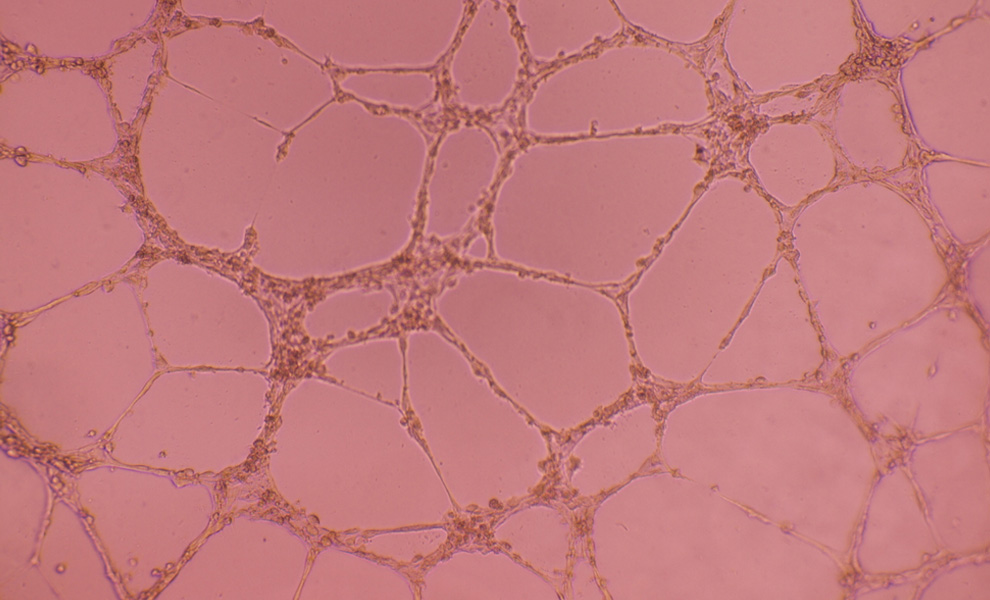 Angiogenesis performs a critical role in the development of cancer. Solid tumors smaller than 1 to 2 cubic millimeters are not vascularized. To spread, they need to be supplied by blood vessels that bring oxygen and nutrients and remove metabolic wastes. Beyond the critical volume of 2 cubic millimeters, oxygen and nutrients have difficulty diffusing to the cells in the center of the tumor, causing a state of cellular hypoxia that marks the onset of tumoral angiogenesis. New blood vessel development is an important process in tumor progression. It favors the transition from hyperplasia to neoplasia i.e. the passage from a state of cellular multiplication to a state of uncontrolled proliferation characteristic of tumor cells.

Neovascularization also influences the dissemination of cancer cells throughout the entire body eventually leading to metastasis formation. The vascularization level of a solid tumor is thought to be an excellent indicator of its metastatic potential.

Anti-angiogenesis as a strategy against cancer

As early as the 1970s, Dr. Judah Folkman of the Harvard Medical School suggested inhibiting new blood vessel formation as a way to fight cancer. The malignant tissue would be deprived of its oxygen and nutrient supply, as well as be unable to eliminate metabolic wastes. This in turn would inhibit tumor progression and metastatic progression that accompanies most advanced cancers. These are the main steps of the angiogenic process that can be interrupted: