Connection between bone and skin 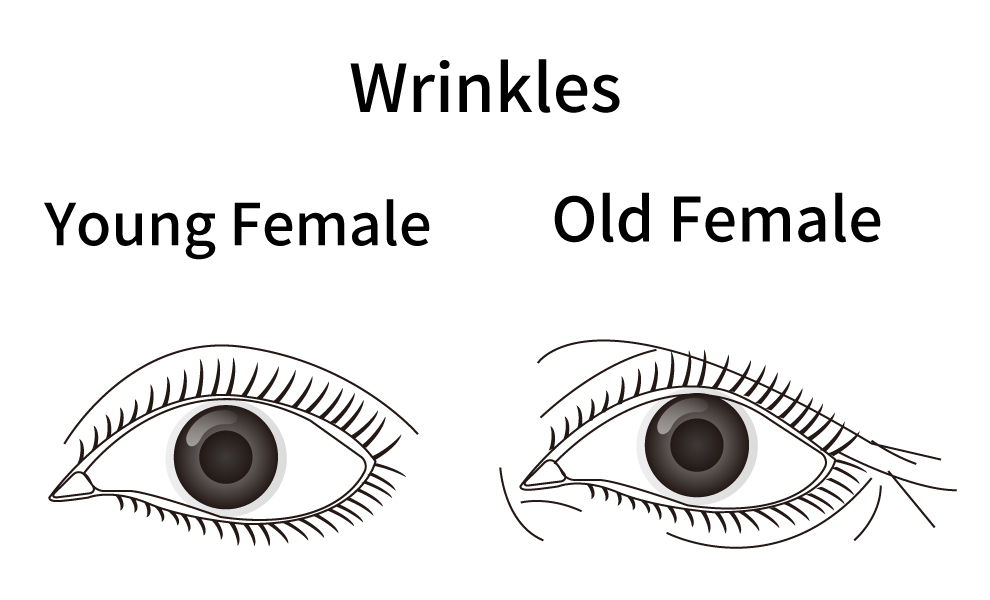 Osteoporosis is estimated to affect 200 million women worldwide. It is very important to keep strong bones in order to live a quality life even when you get older. Furthermore, it has been found that “bone aging” is deeply involved in “skin aging”.

Talking about Beauty, “Bone” used to be ignored and aging of bone was just recognized as “a symptom of the elderly”. However, the bone is the foundation for the skin, and wrinkles and slack skin appear because of the aging of bone.

1. Relationship between skin collagen and bone changes during aging

The research indicating that the risk of bone fracture is able to be anticipated by wrinkles in the female face and neck was announced at an Endocrinology Conference held in Boston, U.S.

Targeting females in their late 40’s to early 50’s, the results showed that the more wrinkles they have, the lower is their bone density. The relationship between wrinkles and bone density is not only recognized in the bones of the face, but also in the hip bones, lumbar vertebra, heels and other parts of the body. Wrinkles and elasticity of the skin and the bone density are relate to collagen, therefore disorders of collagen metabolism caused by aging together with decreased levels of hormones invokes osteoporosis in the bones and wrinkles in the skin.

This was shown in the report of “Relationship between skin collagen and bone changes during aging”. The research concluded that skin collagen content and bone mass are influenced by estrogen deficiency, both of them declining in the years following menopause.

2. Relationship between the appearance of the face and osteoporosis of the skull

A result of the research for the relationship between the appearance of the face and osteoporosis of the skull was announced in an American cosmetic medicine magazine, “Plastic and Reconstructive Surgery Journal 2011″.

For the changes of the skull condition with aging among 120 men and women between the age of 20 to the age of 65, it was revealed that the osteoporosis of skull significantly related to wrinkles, sagging and the shape of the face. Facial lines around the eyes gradually spread widely with aging and this causes the wrinkles around the eyes, puffy eyes and slackness of the eyelids which tends to make the person look older.

Osteoporosis is one of the most common diseases in women, and it is said that 50% women in their 60’s and 70% women in their 70’s have this disease. The reason for bone density loss in women is the significant decrease in hormone synthesis after menopause. This is unavoidable for all women. The key for maintaining a healthy, youthful life and youthful looking skin is to have a daily lifestyle that protects and maintains “bone beauty”.