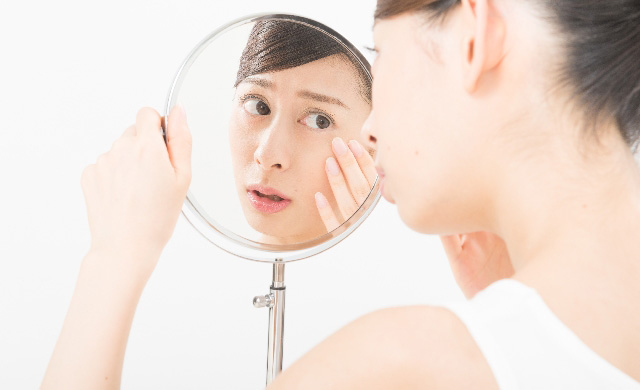 Wrinkle and other aging related phenomena appear at the face earlier because the face is exposed to ultra-violet rays more often than other parts of the body. To date, most scientific researchers point out that the damage to matrix components in the dermis (collagen and elastin) may be the main reason for wrinkle formation, but the mechanisms of wrinkle formation are still unclear.

Recently, in skin which over-exposed to ultra-violet rays it is found that there are abnormally increased and enlarged capillary vessels, and these are closely related to the formation of wrinkles. This finding, which may raise the possibility of a new mechanism of aging caused by photo-damage, has been the focus of scientific researchers around the world.

One world class Japanese cosmetic company, Shiseido, has demonstrated the relationship between wrinkle formation and angiogenesis in the skin when over-exposed to UV-B. They found that in the process of wrinkle formation, there are abnormally increased and enlarged capillary vessels. These are not present normally in the skin of the human face.

When over-exposed to ultra-violet rays, they are closely related to the formation of wrinkles. In the UV-B overexposed skin, the cells producing the enzyme “elastase” which breaks elastin down aggregated together in the dermis through these abnormally increased and enlarged capillary vessels. Shiseido identified the new blood vessels which related to wrinkle formation as “Wrinkle angiogenesis”. 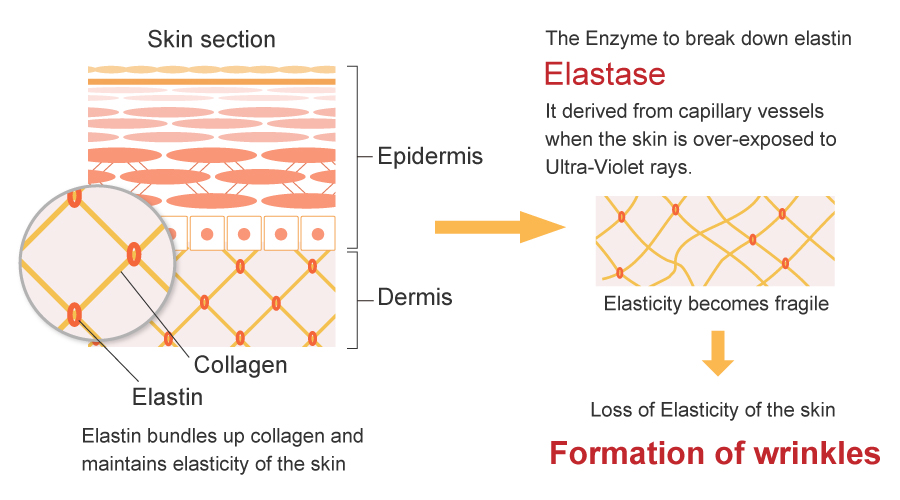 Actually, when skin is exposed to UV-B, its regulation becomes unbalanced and collapses, with a lot of new blood vessel being formed (angiogenesis). The enzyme “elastase” is released into the dermis through these new blood vessels and the “elastase” breaks down the components which keep skin tight and elastic.

Furthermore, the cells which produce the enzyme “elastase” which breaks the dermis matrix elastin down when exposed to UV-B, induce more new blood vessels (wrinkle angiogenesis), which will finally lead to the formation of wrinkles. Wrinkle angiogenesis can occur after exposure of the skin to UV-B for only 30-40 minutes. There is a high risk for formation of a large number of wrinkles with long term exposure to UV-B.